Partners to produce hydrogen from hydropower in Cambodia and Malaysia

HDF Energy to enhance its hydrogen pipeline in Asia

HDF and Kenesjay to develop green-hydrogen project in Trinidad & Tobago 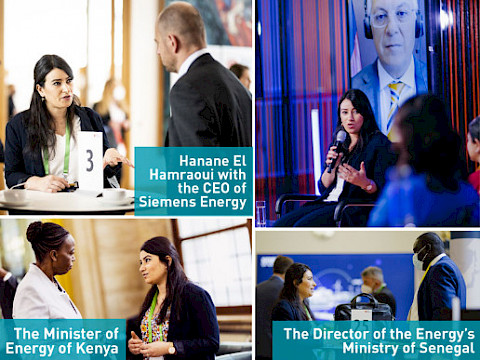 Last week, HDF attended and spoke at the Berlin Energy Transition Dialogue about the importance role of hydrogen on the energy transition. Two interesting and inspiring days, to exchange with Honorable Ministers of Energy from all around the world on the importance to go from ambition to action. 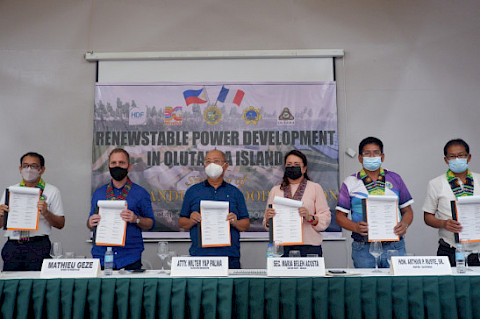 We are glad that HDF work on the first commercial scale green hydrogen project in Indonesia has been recognized by H.E. Arifin Tasrif, the Minister of Energy and Mineral Resources, the Republic of Indonesia.

In coordination with various International Agencies, and with our last great milestones (Company IPO and the PPA and construction of CEOG project), HDF is accelerating the development of its projects in Indonesia and Asia. 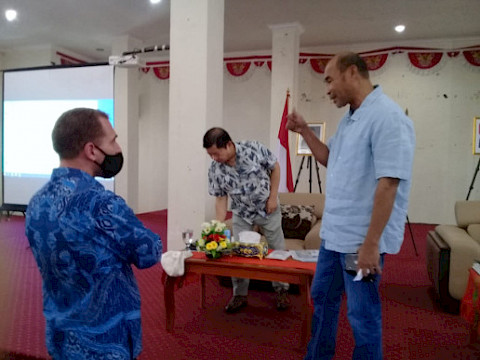 HDF Energy was invited to present on Renewstable power plant updates in Indonesia before, Mr Suharso Monoarfa, the Minister of National Development Planning of Indonesia and, Mr Viktor Laiskodat, the Governor of NTT during the Coordination Meeting between the Ministry with the local governments of four districts in Sumba, held in Waikabubak, West Sumba on June 5, 2021.

HDF highlights the progress of its Renewstable power plants in development in NTT province, including Sumba. By delivering stable and reliable power to the grid, those projects are in line with Mr Jokowi ambition to accompany economic and social growth in East Indonesia.

Directorate General of New Renewable Energy and Energy Conservation (NREEC) of Ministry of Energy and Mineral Resources (MEMR), UK FCDO Mentari, and HDF Energy organized a half-day workshop about 'Green Hydrogen Technology to Support Renewable Energy Development in Indonesia'. The workshop was organized in response to request from the DG NREEC. The workshop was held on 28 April 2021.

The Directorate General of New and Renewable Energy and Energy Conservation of the Ministry of Energy and Mineral Resources of Indonesia, Dr Ir Dadan Kusdiana MSc, highlights Renewstable power plant of HDF Energy as one of the hydrogen agendas to push in the country, during the Indonesia Hydrogen Energy Outlook meeting, held virtually on February 19, 2021. In his presentation, the Director General briefly explained how Renewstable works and stated the bankability of the power plant. Mr Dadan Kusdiana believe that addressing the energy stakeholders concerns on hydrogen safety, bankability and replicability will be keys to accelerate the development of hydrogen power to power application in Indonesia. 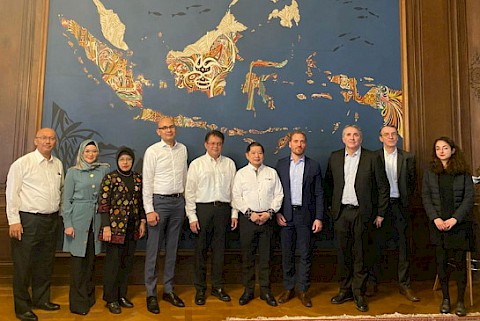 On January 31st, HDF Energy met an Indonesian delegation led by Mr Suharso MONOARFA, Minister of BAPPENAS (National Development Planning).
The meeting took place at the Indonesian Embassy in France with Mr Ambassador NASIR and a representative of the French Ministry of Foreign Affairs.

HDF Energy had the opportunity to present its ambitions for Indonesia and how its renewstable® power plant would accompany renewable energies integration and economic growth.

ClearGen project: a large-scale Fuel Cell (1 MW) in the refinery at la Martinique

Hydrogen: The Missing Link in the Energy Transition 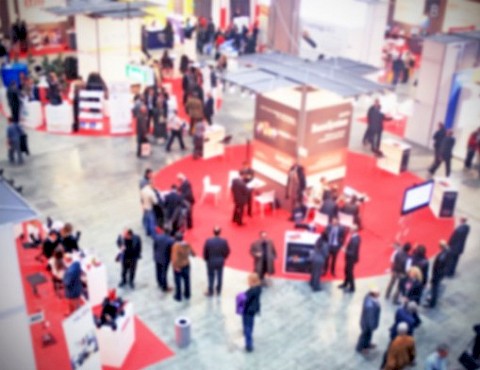